Engaging people is difficult. Everyone is so busy, or so uninterested, or so cynical. Just laying out the information and expecting people to pick up on it hasn’t been working to date so we’re investigating more interactive ways of generating participation.

Islington Clean Air Parents ran a “public assembly” last month to see if they could crowd-source some energy and influence with local politicians in Islington. This seemed like a great idea so I went along to see how it works.

The first half of the evening was taken up by talks from council officers, pollution experts and scientists. For the second half, we split into groups of eight and brainstormed ideas for making our neighbourhoods and communities cleaner and safer. Then at the end, each group presented its ideas.

It was a great evening, I assume it was quite successful for ICAP, and everyone went home thinking progress had been made.

This wasn’t though quite the right format for EcoCounts as the actions we need to take are more or less widely recognised – the problem is just that no-one wants to do it. So this doesn’t really represent a way to break out of this chicken-and-egg cycle, but the basic idea of people putting their brains to work in a group setting has definitely got potential. 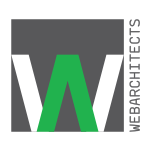